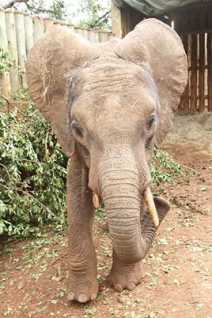 The David Sheldrick Wildlife Trust is the most successful orphan-elephant rescue and rehabilitation program in the world and one of the pioneering organisations for wildlife and habitat protection in East Africa. Founded in 1977 by Dr. Dame Daphne Sheldrick, in honour of the memory of her late husband, famous naturalist and founding Warden of Kenya’s Tsavo East National Park, David Leslie William Sheldrick, the DSWT claims a rich and deeply rooted family history in wildlife and conservation.

At 10.30pm on the 17th of September 2013, a young elephant was brought to the Trust’s elephant nursery by the Kenya Wildlife Service. He had been recently spotted alone without a herd and deep in community lands on the slopes of Mount Kenya.

A number of rescue attempts had been made by KWS over the previous weeks, but the elephant kept disappearing deep into the forest and proved impossible to catch. The elephant was huge, approximately between 3 – 5 years old and had a damaged tusk.

Things became desperate when the community threatened to kill the elephant if KWS did not remove it from their cultivated lands, and so the KWS/David Sheldrick Wildlife Trust were called to the scene. 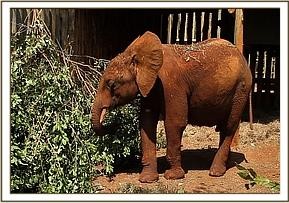 After a lengthy wait they managed to locate the elephant, anesthetized him, and then loaded him onto the back of the KWS Land Cruiser. He was revived although remaining strapped and recumbent in the vehicle before the long journey to the David Sheldrick Wildlife Trust Nursery. This was a journey that took them close on four hours and was undertaken at night.

It had been an extremely challenging rescue, particularly given the location and the size of the elephant. The unexpected night time arrival of yet another elephant at the Nursery had everybody scratching their heads and off-loading him was challenging to say the least.

Between the keepers and the rangers, a plan was made. While the rescued elephant lay recumbent in the back of the vehicle he was injected with antibiotics and also a tranquilizer to take the edge off his aggression. With team work and enormous effort he was offloaded onto a canvas stretcher and lifted by 15 men and carried into the stockade. His restraining straps were removed and everybody fled for their lives scrambling out of the stockade before he could get to his feet.

The following day was very stressful for all concerned. With the tranquilizer drug now worn off he became extremely aggressive, but remained feeding well, getting through incredible amounts of vegetation that constantly had to be replenished.

He was given the name Bongo – synonymous with Mount Kenya, as well as being a very African name. The Trust felt that his chances at a new life and family were best placed through the Nursery and the Rehabilitation Program. His stay in the stockades will be a lengthy one because he needs to be tamed sufficiently so that he can be safely transported to one of the two Relocation Units in Tsavo. 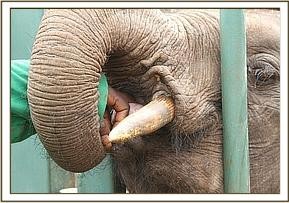 Towards the end of November we made a decision that our club should foster Bongo the Elephant and within a very short space of time we had raised over £700. See our fund raising page at www.justgiving.com/BongoFury. Bongo will require first class care for many years to come, but with our support he can one day enjoy a life back in the wild.

Final Update: November 2019. Nothing has been heard of from Bongo the Elephant since May. He just never returned to the stockade. We can only assume that he has hooked up with some wild elephants and is fending for himself. Certainly there have been no reports of single-tusked Bongos being in any difficulties. We will miss you Bongo the Elephant!

Written by igmbongofurycouk on March 6, 2017. Posted in Bongo the Elephant 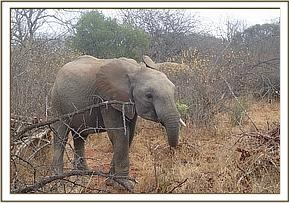 We have received an update from Bongo’s dedicated keeper. In February a small party of ex-orphans returned to the stockade to see what was going on. In the afternoon, the Ex Orphans briefly joined the juniors and made away with Narok and Bongo off into the Park! The keepers realized later that the two had been snatched by the Ex Orphans and they tracked their footprints until dark but to no avail. Later when it was just after dark, Narok and Bongo returned back to the stockade after spending half the night out. Only time will tell if the experience they had was a nice one or if they decide they need more time to be with their human family! At some point Bongo will want to return to the wild, but it’s too early for that yet.

Written by igmbongofurycouk on January 10, 2017. Posted in Bongo the Elephant

We have extended the fostering programme for another 2 years. This cost $100 US (about £70). If you would like to make a donation to top this up even further then please go to our dedicated “Just Giving” page.

Written by igmbongofurycouk on August 16, 2016. Posted in Bongo the Elephant 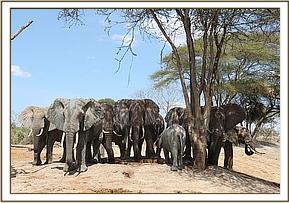 We don’t know Bongo’s age for certain, but he’s probably about six now and has been in the unit nearly 3 years, but he’s acting tough and is not daunted by the visiting wild bull elephants at the mud hole. It’s very hot in the bush this time of year, and when the bulls appear in the morning for their water and roll-around, the other young elephants give them plenty of space and sit in the shade until they have gone. But not Bongo! He dives straight in; he’s the small one with his back to us in the photo above.

Another year goes by

Written by Bongo Fury on November 23, 2015. Posted in Bongo the Elephant

Another year goes by and Bongo is still being a bit naughty. Recently he acquired a new (younger) friend.

Rearing the orphaned elephants is an emotional rollercoaster involving a great deal of heartbreak and sadness but also the reward of amazing successes. On the 13th of October, arguably one of the greatest of them all was when Wendi, orphaned in 2002 as a new-born herself, returned to the Ithumba midday mud bath with her very own minute wild born baby at her heels and a touching desire to share the joy of her baby with her erstwhile human family of Keepers. This joy was shared by all the ex-orphans, including Bongo, along with over twenty five wild elephant friends who have been her constant escort since the birth of little Wiva. More details about Wendi’s wild born baby can be viewed here. We have also had reports that Bongo still goes missing from time to time. This is from the October Keeper’s Report:

The month began with truants Bongo and Kanjoro missing from the dependent group when it was time to return home for the evening. Following a long search, the Keepers decided to return to the stockades without them due to the late hour. In the middle of the night both returned escorted back by ex-orphan, big boy Rapsu. At day break there they were, patiently waiting for their morning milk feed.

News from the Ithumba Rehabilition Unit

Written by Bongo Fury on December 20, 2014. Posted in Bongo the Elephant

News from the Ithumba Rehabilition Unit:

“Ithumba has been transformed after the rains with the orphans’ waterhole now full of rain water enabling the orphans to swim, totally submerged which they love. The dependent babies which consist of Bongo, Bomani, Garzi, Kandecha, Kanjoro, Kasigau, Kainuk, Kilibasi, Laragai, Makireti, Mutara, Narok, Orwa, Shukuru, Sities, Teleki, Turkwel and wonderfully friendly little Vuria, are joined most days by the ex orphans and interestingly enough many wild friends who have chosen to remain in the area despite the rains. This is unusual with the bountiful food throughout the region and with every waterhole filled.

The Ithumba massif with its imposing granite cliff faces and plunging valleys is looking more beautiful than usual with every baobab in leaf, every delonix tree in flower, cascading creepers spilling off shrubs and the exquisite mauve pentanisia flowers in abundance everywhere. The Ithumba orphans enjoy a paradise during the rainy season. Suguta’s group which consists of Chemi Chemi, Ishanga, Kalama, Kibo, Kilaguni, Kitirua, Melia, Murka, Naisula, Olare, Suguta, Tumaren, and Chaimu is spending much more time united with the ex orphans and the whole Ithumba family remain in close orbit to the stockade compound, visiting almost daily. More details from November, along with stunning images taken by the Keepers as they walk supervising the dependent babies every day out in the wild can be enjoyed through the summary and the Keepers diary.“

Written by Bongo Fury on June 29, 2014. Posted in Bongo the Elephant

Just in! These are the latest photos from Kenya. 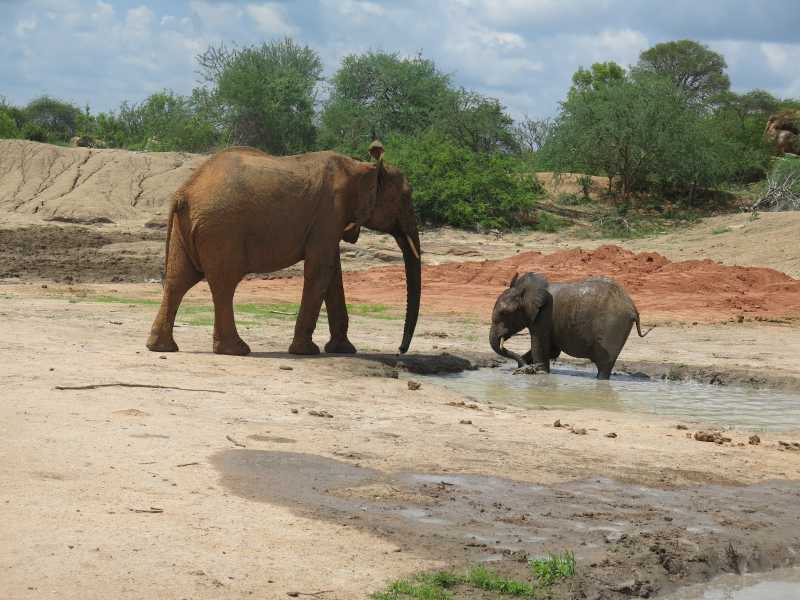 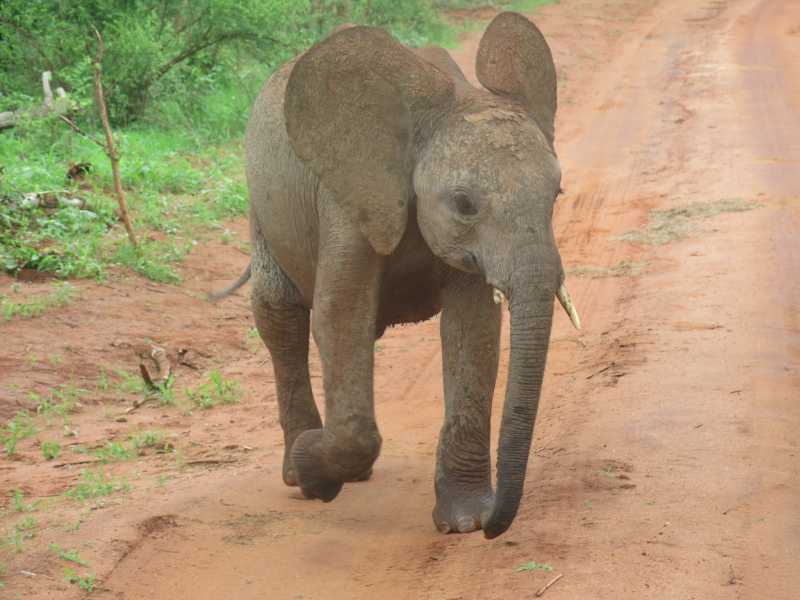 Here he is, running away again! 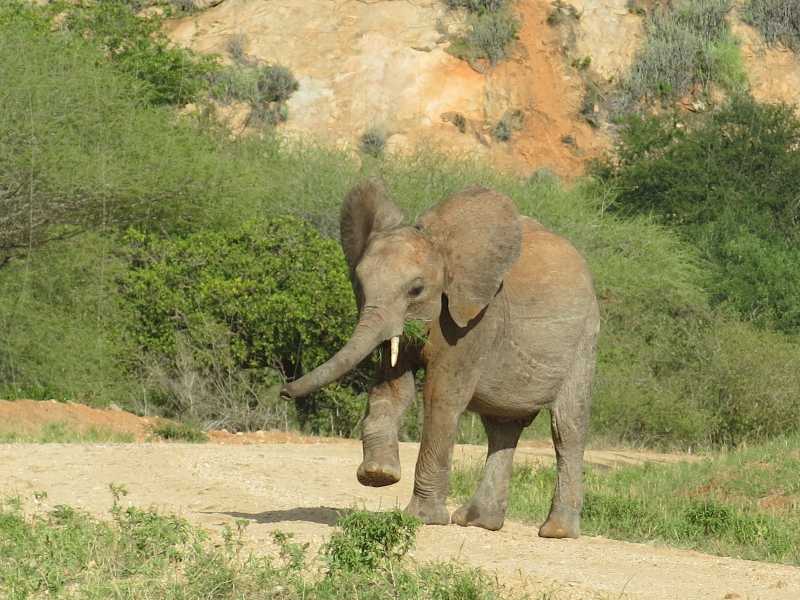 Time for a munch!

Thanks to everyone at the Bongo Bash

Written by Bongo Fury on June 28, 2014. Posted in Bongo the Elephant

Thanks to everyone at the Bongo Bash who contributed to the fund. We managed to raise another £145!

Bongo has been very naughty!

Written by Bongo Fury on May 18, 2014. Posted in Bongo the Elephant 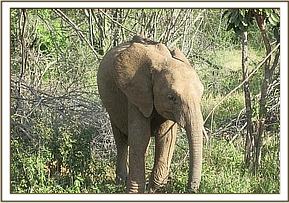 Bongo has been very naughty! On the evening of Tuesday 22 April he and his mates Mutara, Kanjoro & Sities were allowed to leave the stockade and go for a wallow in the mudhole. When it was time to go home Bongo dodged the keepers and could not be traced. The keepers eventually had to call off the search as it became too dark – Bongo spent the night out! The next morning he was found outside the gates with a sheepish grin on his face…… 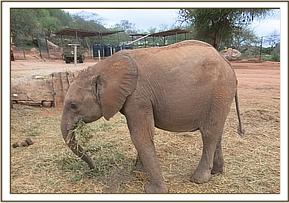 Preferring the company of the older elephants

Written by Bongo Fury on March 27, 2014. Posted in Bongo the Elephant

Bongo, preferring the company of the older elephants was happy to have Mulika and the ex orphans at mud bath. He even tried to sneak off with the ex orphans but the keepers spotted him and held him back.

Bongo is settling down well

Written by Bongo Fury on February 9, 2014. Posted in Bongo the Elephant 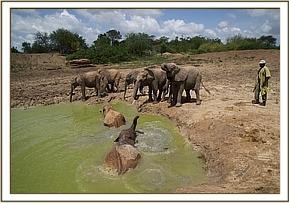 Bongo is settling down well at the Stockades with his new mates and enjoys wallowing in the local mud hole.

Our fostering certificate can now be viewed online!

Written by Bongo Fury on January 26, 2014. Posted in Bongo the Elephant

Our fostering certificate can now be viewed online!

We receive a letter from Rob Brandford

Written by Bongo Fury on January 24, 2014. Posted in Bongo the Elephant

We receive a letter from Rob Brandford, UK Director of the David Sheldrick Wildlife Trust, thanking us for our support.You can download the pdf file brandford.