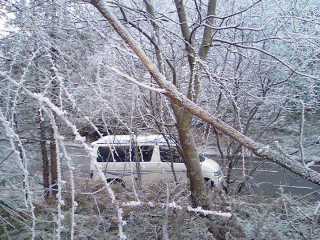 Usually when you go on holiday, one of the things you worry about is whether you have left the gas on. But for Allen Townsend and his family, the opposite was true…….

We purchased our Bongo just before Christmas after months of trying to find the right one for us. We had been watching one with a brand new full conversion on Ebay for a week and no one had put in a bid, but the starting price was £500 over our budget. I know it’s not really the done thing, but I took the gamble and contacted the owner with my offer, and he said “as its near Christmas its your lucky day!”

Two days latter it was parked outside our house. 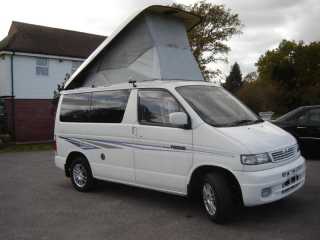 We had booked a cottage way up in Dundonnell, Scotland, for Christmas, and we were all looking forward to the 14 hour trip. We planned a couple of stops for a rest and cups of tea and coffee brewed up in our Bongo. Once we had everything packed, it quickly became apparant that we were stocked up to the gunnels, and we had packed more than we thought, I loaded it from the inside packing the bags over the rear seat, filling all the cupboards and wardrobe, all near to bursting.

We left Portsmouth at 6pm and I drove non-stop to Gretna services, arriving just after 1am. By this time I was dying for a cup of coffee, so I spent what seemed an eternity moving the luggage and the dog so I could reach the hob and sink. But guess what? I had made a big mistake in not turning on the gas supply which is situated in the rear cupboard before loading the Bongo. I really couldn’t face unpacking everything from the rear, so after the whole family had finished calling me “stupid!” and other names that made me blush, we were forced to actually go in to the Service Station and buy some beverages……..

We reached our destination at midday; it had been such a comfortable ride. 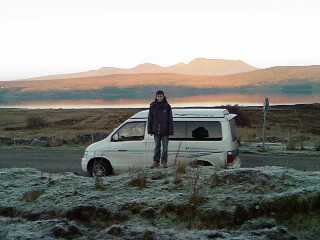 We are now safely back and planning a proper camping trip as soon as the weather warms up.